As people have become aware of the dangers of conventional herbicides, many have tried alternatives. Vinegar is a popular alternative to try. Will vinegar kill grass? Read on to find out.

Household vinegar will not kill established grass. It may burn the blades, but it will not kill the roots. The grass just grows more blades without a problem. Seedlings less than two weeks old will die, however. This is especially true of broadleaf seedlings such as St. Augustine.

Vinegar is made of water, acetic acid (CH3COOH), and small amounts of other chemicals, including flavoring. Household vinegars are usually 5% acetic acid. Industrial vinegars are usually 10%-20% acetic acid, with 20% being the most common. Acetic acid this strong is very dangerous. It will burn eyes, mucus membranes, and skin. It can blind you if it gets into your eyes. Breathing the fumes is hazardous, as well. 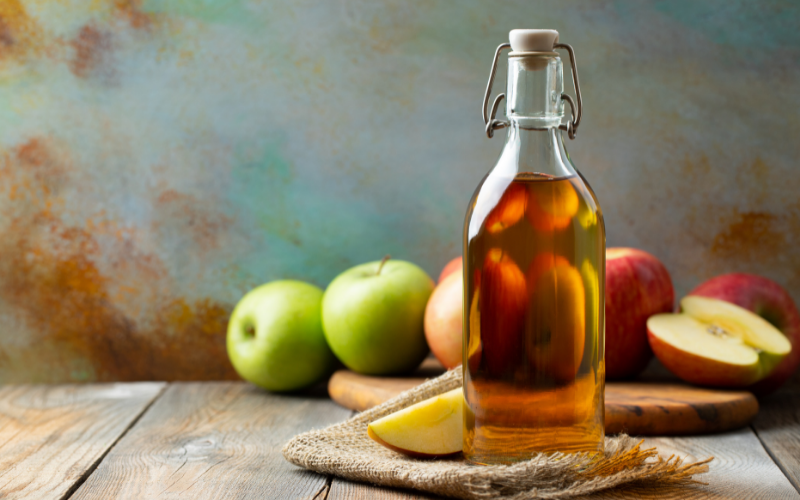 What Does Vinegar Do To Grass?

No. It only kills the part of the grass it touches. It becomes inert when it touches the soil.

Will Grass Grow Back After Vinegar?

Yes, unless the grass seedlings are under two weeks old. In that case, the roots are not developed enough to grow new blades. Broadleaf grasses are more likely to die back to the soil, but the roots will grow new leaf blades anyway.

No, it only kills the blades. The roots are not affected.

How Fast Does Vinegar Kill Grass?

Plants treated with vinegar wilt within about 24 hours.

No, the coating on the seed protects it. Grass seed that is in the soil will germinate normally. 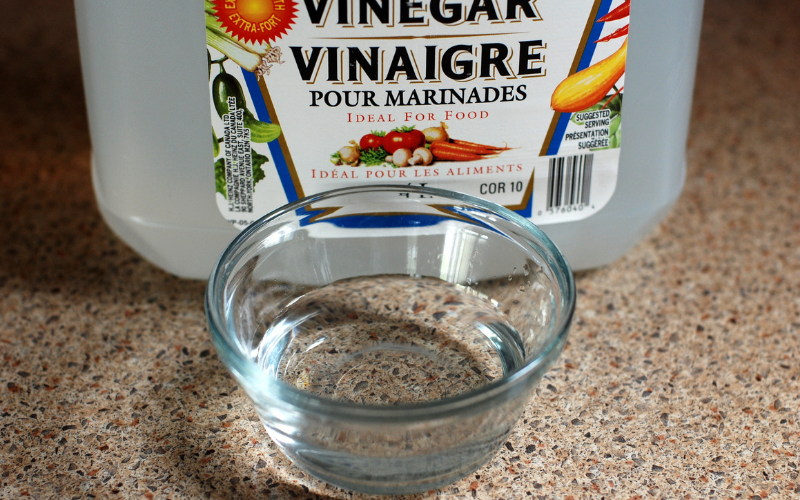 Why Doesn’t Vinegar Kill Your Grass?

Vinegar is not taken into the grass’s roots. Since the roots are healthy, they simply send new growth out to become new grass blades. Vinegar becomes inert, or harmless, when it touches soil, so it does not damage the roots under the soil.

What to Use Instead Of Vinegar to Kill Your Grass

Instead of vinegar, use 2,4, D to kill broadleaf grasses such as St. Augustine. Use caution, as it will also kill flowers, which are broadleaf plants, too. To kill all types of grass, use a herbicide containing glyphosate. This herbicide is taken up by the leaf blades and transported to the roots, where it interferes with an enzyme required for growth. Glyphosate kills all types of plants, so don’t get it on anything you want to keep.

Does Vinegar Kill The Soil Microbes?

How Do I Treat Vinegar Spills On Grass?

In conclusion, household vinegar does not kill grass unless it is less than two weeks old. If the roots are established, the grass blades may burn and wilt away. However, the roots will not be injured and will simply put out new grass blades. To rescue grass from vinegar spills, dilute the vinegar by running water over the area of the spill. Even if you lose the grass blades from a spill, new grass blades will soon grow to replace them.